Physical media is dead right? The days of browsing through TV listings in newspapers and magazines have gone, all you need is to do is simply fire up the Zeebox website or app and you can see instantly what is on the old TellyBox, along with what people are saying on Twitter, which is very often more entertaining than the TV show itself.

However, I discovered today that the former start-up realised that their user base were mostly young women, so have now repackaged Zeebox and relaunched as “Beamly” and begin to market this new brand to women aged under 35, in a bid to become the ultimate social network for TV viewers. This prompts my cynical side to think that this is quite simply one last shot at trying to get brought out by Sky or Twitter, which will finally allow the venture to make some money.

Rather than concentrating on speculation, I hand you over to the CEO and co-founder, Ernesto Schmitt, who simply points out.“The initial phase of social television and second screen was limited to apps providing a companion experience for audiences while watching TV,”

“However, people’s emotional engagement with TV spans the whole day: they want to read up on stories about the shows and stars they love in the morning, discuss plotlines over the watercooler in the afternoon, and carefully plan what to watch in the evening – long before ever switching on the TV itself. While they watch, they want a great interactive experience that synchs with what’s on screen. And after the show is over, they want to chat and share socially with other fans. Beamly for the first time brings together all of these touchpoints with TV in a single app, all day long.”

So in a nutshell, here is the simple recipe for the big rebrand.

Simply remove the name Zeebox and the orange-look of the brand, replace with fluffy pinks and purples and a new name of “Beamly” but keep all of the original features only with a stronger emphasis on following shows and celebrities to appeal to the targeted “female under 35” demographic.

Most interestingly, Beamly has signed up more than 100 ‘influencers’ from social media sites such as YouTube to engage with users within the app before sending out the all-important press release. It’s this announcement that has made me sit up and take notice. Especially considering that Social Media reach now eclipses the reach of your traditional TV, so seeing these two mediums working together is interesting to say the least. 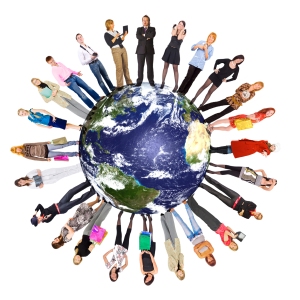 The growing importance of social media reach and online influence.

More and more companies seem to be realising that to make something a success, they need to spread the word fast, and the only way of achieving this, is by recruiting trusted people with a large online following and social media influence.

Although there remains a great deal of scepticism about the metrics used to measure the dark art of online influence used by sites such as Klout, Kred  and Peerindex, this is a fascinating subject and its benefits if mastered are undeniable.

The main reason for the rebranding was to lose its male geeky image, so ultimately it looks like I will now need to get my online Social TV experience fix elsewhere. I cannot help but feel the problem that held Zeebox back will also continue to hinder Beamly too, and that’s the fact that our TV habits have changed and the traditional method of watching TV is on the decline, as we binge view our way through boxsets of House of Cards and Breaking Bad on services such as Netflix.

However, I remain fascinated by the increasing high importance of online influence, so for this reason alone, I will continue to monitor the growth of this digital success story.