Neil Hughes is a freelance writer, blogger, ghostwriter and podcaster who writes engaging and often viral content. UK based with international experience of researching a wide array of topics to ensure content is delivered before deadlines so that you know you are in safe hands.

In December 2015, Executive Editor at LinkedIn Daniel Roth announced the top 10 writers who inspired new ideas and sparked conversations throughout tech, finance, venture, media and beyond. The list was measured by the engagement and influence from their users content and Neil was unveiled as the #2 technology writer of the year.

The recognition is incredibly flattering and illustrates the value of building relationships through content and creating genuine conversations with your audience.

Other accolades include being named one of the “Top 9 Influential Tech Leaders on LinkedIn” by CEO Magazine.

He regularly writes on the LinkedIn publishing platform and has received over one million article views with many of his articles featuring on their Pulse channels such as Hospitality, Mobile, Careers Next Level, Productivity, Social Media, Your Career, Technology, Big Ideas and Innovation.

In July 2015, Neil decided to launch his first Podcast that offers a simplified round up of the latest tech stories with opinions from both readers and listeners to help keep you informed in a language everyone understands.

There is also a strong focus on blogging with the LinkedIn Publishing platform with interviews with viral authors who regularly feature on LinkedIn Pulse.

Life doesn’t have to be all about work and sleep. So every now and again, I have been known to tick a few things off my bucket list, and here are a few of them.

After years of sitting down, it appeared that spending far too long online finally caught up with me. I found myself ballooning to 15 and a half stone and a wedding suit measurement of 38″ waist for my trousers, was enough to make me take drastic action.

I enrolled on the Couch potato to 5k program and went on to complete the Birmingham Half Marathon in 2012 and 2013 whilst also getting back down to the more acceptable 34″ waist trousers.

My first ever Half Marathon. 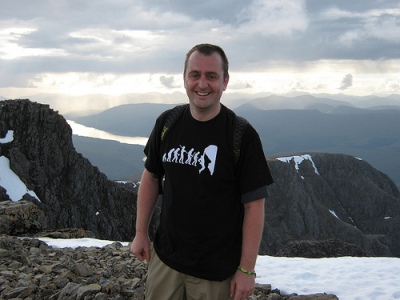 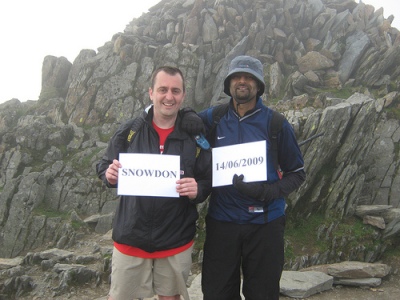 Me and my climbing buddy Kal will always have Snowdon

Finally, every writer needs a muse and mine is my beautiful wife, she puts up with my fads and latest crazy ideas whilst also inspiring me to be more creative.

If you would still like to know more, check out my about me profile.